This week’s question comes from Pauline:

I was dating a man for over 12 months and I often asked him if we were ‘ok’ as sometimes he was responsive and loving, yet other times, I couldn’t even get him to reply to an sms. During the times when he couldn’t even look at me when talking, it gave me a reason to feel insecure. A few weeks ago he told me he wasn’t ‘in love’ with me, but had a love for me. We continued seeing each other until Dec 30. I couldn’t help but ask how we were and where our relationship was headed, if anywhere. I pretty much pushed him to make a decision i.e. work at the relationship or we go separate ways. He chose leaving behind the relationship.

Then yesterday, we made mad, passionate love and he, like me, wants to keep that part of the relationship going. However he wants to only be friends and wants everyone to know that we’re only friends. I’m missing him terribly and want to know what I should do please? We mostly have a great relationship and I feel I’m to blame for our break up. Help…

We have good news for you – you are not to blame for your break-up. Nor is he. Neither of you are to blame for breaking up because the truth is you were never really together.

We know this may sound confusing but stick with us. His behavior (as you’ve described) makes it clear that he was never interested in pursuing a committed relationship with you. He didn’t pursue you; he didn’t reach out to move the relationship forward; he didn’t even give you the respect of ending the relationship when you made it clear you wanted more.

When a man is interested in you for more than sex and companionship, when he wants a committed relationship, he will make his intentions clear to you. If a man isn’t doing this, then he is not looking to move the relationship forward.

It is time for you to stop chasing him. Sure the sex is great, but that doesn’t make a great relationship and it never will. Attraction and sexual chemistry is important in a relationship, but it isn’t the only thing that is important.

You state you mostly have a great relationship and yet you describe yourself as feeling insecure, you describe him as being distant and unresponsive most of the time, and it is clear that the two of you don’t have good communication. What is so great about that?

He has made it clear to you that he only wants to be friends (with benefits). Is this enough for you? We would guess that it is not. Break it off with him. Stop calling, texting, unfriend him on Facebook, and do not respond if hear from him. Take time to mourn the relationship and move on.

You deserve to be with a man who is interested in you and is going to pursue you. Do you believe that? If you do, then you have to say “No” to anything that is less than what you truly want. The Universe will not show you your soulmate as long as you are willing to put up with crumbs from someone who doesn’t want what you want.

We know that it will be hard for you to let him go. You clearly have a connection to him from Your Love Imprint®. Your subconscious sees something similar in the way he treats you with the way you received love in your family of origin. Until you identify and transform Your Love Imprint, you will be stuck in this pattern of trying to find love from an unavailable man.

If you want to find out more about how to discover and transform Your Love Imprint®, then we suggest you watch this video.

Please keep us posted on your progress.

About the Author: Orna & Matthew Walters 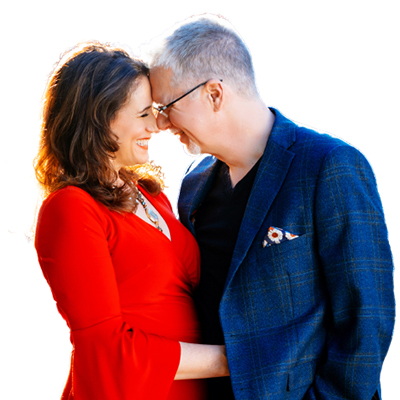